World Snooker is delighted to announce Dafabet as title sponsor of the Players Tour Championship Grand Finals in Ireland.

The Dafabet Players Tour Championship Grand Finals will run from March 12 to 17 at the Bailey Allen Hall in Galway.

The Grand Finals are the culmination of the PTC series, which has comprised 13 events across the globe this season.

World Snooker Chairman Barry Hearn said: “We’re very pleased to welcome Dafabet as they are sponsoring a snooker event for the first time and we hope it will be the beginning of a long association. The exposure they will receive through television coverage of this event across the world will be vast.

“The players have been to China, Poland, Germany, Belgium, Bulgaria and the UK for the PTC series and now the leading 32 players are through to Galway to do battle for the trophy. It’s going to be a sensational six days of top class snooker.” 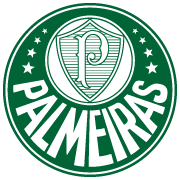